Pete picked up a guitar when he was ten years old and hasn’t put one down since. Mostly self taught, he’s been playing in bands since his ninth grade of high school. After being accepted at the prestigious Berklee College of Music in Boston and attending his first semester, he realized that the Jazz orientation wasn’t for him, so he went back home and started the band “Freeway”, a mix of country rock, acid rock, rock and roll and blues (I know, huh?). Next was a stint with “Backstreet Angel”, a six piece band with keyboards and Sax playing a lot of rhythm and blues, rock and Springsteen, lots of Springsteen (why waste a great sax player?).

After that he began playing solo acoustic gigs at a variety of dive bars around Middlesex, NJ and Rutgers University. Somewhere along the way (1978 possibly) he reconnected with one of the other guitar players from Freeway, Randy Carone. They started playing as an acoustic duo for a few years until they added drummer Tim Neher and bass player Rocky Farrell and played a ton of venues as the “Trouble Boys”. Once that died out Peter, Randy and Rocky reformed as an acoustic act until they had the great fortune to stumble upon legendary drummer Mike Ratti (look him up) and formed Rocky and his Friends, a band that has played at Villa Milagro a number of times as well as the Riegelsville Tavern, Riegelsville Inn, Havana in New Hope, PA, etc.

Lull away the afternoon under the pergola. Pack a picnic. Bring a friend. Relax!
$15 includes seating, wine tasting, gift glass to keep.
www.villamilagrovineyards.com/music-at-milagro 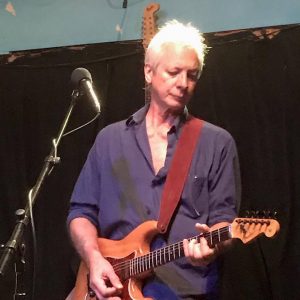 There's No Finer Time For Wine